Part 1 is in English.
My colleague just told me that he lost his father in a motor accident. His father was returning from the market on a moped when some young ppl on a bike hit him. He lost his balance and fell. Serious head injury. No one took him to the hospital because there was a lot of blood.
By the time he got to the hospital, it was too late.

Up until now, I was convinced about moving away from the accident site, because its very likely that the victim's family might start accusing you of causing the whole thing. If they don't, the police will look for an easy victim, make you either the accused or the eyewitness, and ensure that you have to go to the courts for years on end.. all for helping someone live?

Today, i hold that head in these hands and wonder - Must it come to this? Must someone lose his father because we find it easy to blame? And therefore, easier still to flee?

Ironically, I just finished a set of satirical essays by Shri Harishanker Parsai and one of his essays dealt with exactly this.

The second part of this post is going to be the first part of that essay.

I have a puzzle. It occured today, out of nowhere, in a seemingly unrelated place, but here it is.
IMPORTANT: This is purely hypothetical and academic question, more for the student of anthropology. If you are in the mood to be offended, skip the post now.

The world, as it moves from the East to the West, moves almost in a gradient of High Context-Low context, of low aggression to high aggression. The Japanese and the Americans, when one says they are the opposite ends of the world, its in more ways than one.

One rationale for this, is perhaps, that the Caucasian race is based almost entirely in the West.
The homes of these civilisations happen to be in these places, and the gradient happens to move from East to West..

Then the mind went, suppose, we were to plant the Western race in the East, and vice versa - then?
And the pop answer: But we have! The Australian continent is, like the North Americas, politically dominated by the same race as in Europe, with same predecessors. But they are not dying to be counted among the political superpowers, the local maoris live well, and so do their customs. Most of the land is also left alone to live as it pleases, and the people have not mushroomed all over, and colonised the land just because land exists.
Why did it not happen in Australia?? Why were the locals not exterminated?

Could it, just faintly, could it be a case of the land? Could the East-West movement have anything to do with it? Your thoughts... ?

What happens when a High context, Low Aggression culture is planted in the West? Does it acquire the aggression of the land, or does the land acquire the culture of its inhabitants? It wont make sense to think of minority populations as examples. The example should be where the said culture dominates the land - then what happens?
at 01:00 28 comments: 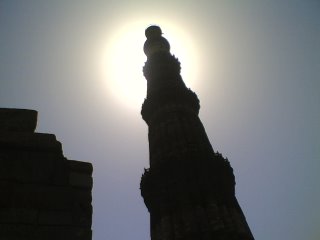 The Week, India, in the January 7, 2007 issue has done something stupendous!!

They have a Cover Story on 25 unusual Indians.
Sample this:
1. A person who uses his nose and mouth to generate enough power(electricity) to run a bike for 10 kilometers.
2. A 70 year old person who greets foreign visitors to his city and makes sure that the tourism industry cheats do not get to them, feeds them at his house often, and takes care of them as a true host would, all in the belief that it is his duty to play host to people visiting his country.
3. An old man in Bihar who developed an amphibian cycle because of the floods. Its a hit! And he designed it in 3 days!
4. The man in a village in Punjab who creates the smallest working models of several things.. then uses these miniature models to generate an interest in the science among his students - Govt. school children.
5. A boy who can twist his entire body through a badminton racquet!

Go Week!! JUST THE KIND OF NEWS WE NEED! All brimming with positive energy, these stories about the grits of people who did not necessarily study, came from humble backgrounds, and had only themselves to believe in or doubt.

Much less column space to the elections and the threats please.. there is a lot of good news in the world!
at 22:14 11 comments:

Today was a good day. During the day, I took certain pictures for Esha related work, and thought they will all be bad and I will have to do the entire set again.. turns out, the rejection ratio was way, way lower than even my standard!

And for you, here is potpouri:

One day the moon,
and I
had the fight.
The moon
decided
to cut out my supply of moonbeams
and turned its face
the other side.

The moonbeams laughed
and so did I.
After a while, we noticed
the moon was smiling too!

This piece comes from a simple piece of wisdom: The moon might believe that the moonbeams come from itself, but in effect, they come from the sun. We might believe that the wisdom and intellect and love we radiate comes from within, but actually, it comes from the wisdom, intellect and radiance of other people. While there are other people to be intelligent, wise and loving - the sun is out in the sky!
at 01:03 11 comments:

Back after a New Year Break!

Wanted to share a lot with you about our wonderful holiday and the lousy resort, and about the salient news on that day, the things we did and the things we missed by switching off the cell phone for 4 straight days.. but all that seems so immaterial now!

This post, I will let the pictures do the talking. 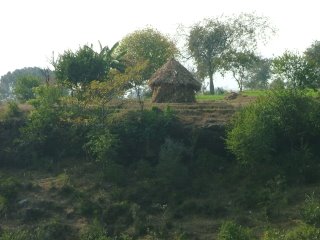 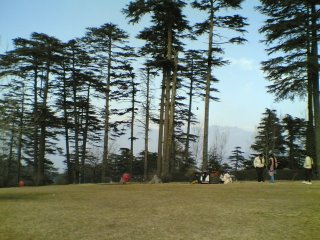 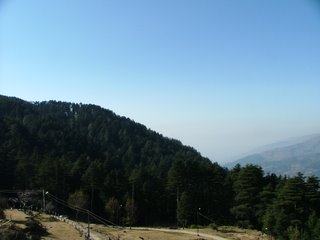 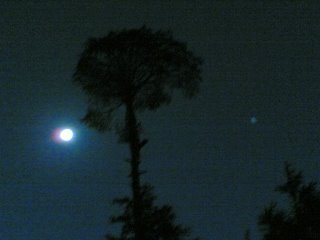 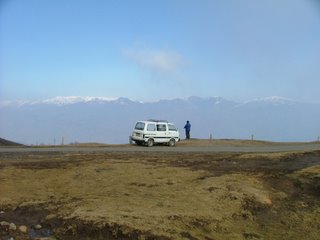 Oh, and btw, do avoid the exorbitant rates of Vardaan Resorts. They are the only ones who appear when you put a net search, but that is not enough reason to throw your hard earned money away.
at 23:50 16 comments: