1. Ashutosh Gowarikar has been watching too many Ekta Kapoor serials.

Proof: Pointless, predictable "twists" in the story; 4 frames of the same shot where one would have been adequate; no substance and more length than can be humanly tolerated. All costumes and no characterisation.

2. Hrithik Roshan proves that, with a really bad story, and even worse execution, with a really, really lopsided and weak character, he can still carry a film on his shoulders.

I was expecting Jodha to shine better than Akbar, and the fact that her character was made deliberately, pointlessly stronger than that of Akbar, gave her an unfair advantage anyway. But what Hrithik can convey with his eyes, she cannot say even with her whole body and dialogues.

This post is about films that are not-so-well-known, but that were, imho, great pieces of cinema nonetheless.
If you have an opinion about these films, or have any of your own to add, will be great!

Sadly, the list only has Hindi films, and it will be a treat to hear about your favorite films from your own country, esp. if you are not from India. 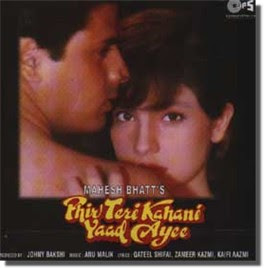 Phir Teri Kahani Yaad Aayi: From the Mahesh Bhatt stable, this film is great for its songs, dialogues and cinematic treatment. The songs haunt, even after all these years. 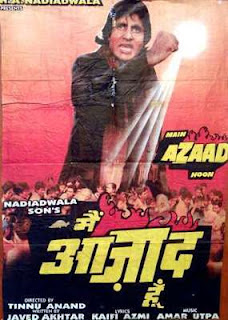 Main Azaad Hoon: This is an Amitabh Bachchan starrer, and has a song that goes “Itne bazoo itne sar…”. I remember watching this film 4 times, one after the other, and crying every single time, at the climax. I’m not sure if the cause is by itself worth identifying with, but the way an entire population is mobilized, is very heartening.

Filhaal: This was a film by Meghna Gulzar. The movie explored the subject of surrogate motherhood at a time when few people even understood the concept. I loved the delicate handling of the characters, the fact that the characters were so credibly etched, and so delicately portrayed.

Monsoon Wedding: I LOVED this film and had a huge crush on Rajat Kapoor and Shefali Chhaya for their acting in this film. The way the whole wedding scene is turned around at the end, to talk about a problem that everyone sweeps under the carpet, was awesome! I will never forget the scene where Kulbhushan Kharbanda asks Rajat Kapoor to leave.

Do Aankhein Barah Haath: For ages, “Ae maalik tere bande hum”, was also my personal prayer. I am told the movie was based on a true incident. It was also a known classic in my growing years, but so few people seem aware of the film today.

Mitr: This was a simple movie about a 40-ish woman who suddenly finds herself in a house with a husband and a daughter, both of whom do not care. Its about the way she re-creates her own identity, and has an affair. It’s a must watch for all women.

Main Madhuri Dixit Banna Chahati hoon: This Antara Mali-Rajpal Yadav film about girls from small towns who want to make it big in Bollywood, was an enchanting experience. I loved the song and dance sequences that she managed in the film. The best shot of the film? When Rajpal Yadav is going home briefly and Antara Mali asks him “Tum vaapis aaoge na?” . The look he gives her.

Tango Charlie: No wait, this film should be somewhere near the top of this list. In one movie, using a soldier’s diary, the director takes us to 4 disturbed parts of India, and what our armed forces have to face in these parts. I loved the narration, the acting(all superlative) and the fact that so much was told without making it a documentary.

Maachis: To me, especially in our times, this film is a must watch, because it puts the problem of terrorism in perspective, and the vicious cycle of lack of trust-breach of trust-lack of trust is applicable across the world. No one has illustrated it better than Gulzaar in Maachis.

Astitva: Yet another woman oriented film, but from Mahesh Manjrekar. Tabu's character makes this film worth its while. Needless to add, she plays it well. This film has a song - Kitne Kisse hain bas tere mere. It continues to haunt and ring true. Very true.
at 14:53 6 comments:

Child Labor
The distinguished Welfare Ministry would, of course, care to explain what happens to these children who are picked up from work. What is the alternative welfare scheme for them?

These children come from overpopulated, underfed homes where each mouth has to fend for itself or die. I see nothing happening to advise these parents against an overpopulated house.

In insisting on formal schooling of 3Rs for all children, the assumption is, that this form of schooling is appropriate education for ALL children. An assumption that is flawed at best, because this method of schooling does not teach life skills like coping with challenges, nor vocational skills that will make the students employable. Nor does this kind of schooling, by itself, guarantee employment when the child reaches employable age (14 or 18 years). In the formal schooling method, the earliest that a child can hope to be employed is 20 years, and the financial inflow to the education system is continuous and unrelenting till then. The question is, who will supply this inflow?

If the children are not allowed to work legally, and they have no money to feed themselves, what is the most rational alternative? I would think, crime, because it pays well, is easy to enter and helps fill the tummy.

Before we release advertisements on TV warning people against child labor, the honorable ministers should also go back to the sources of such labor(the families), and make a viable alternative available to them.

The minister must also, of course, indicate what they plan to do about children who genuinely prefer work to formal education. These children have a right to make a choice too.

Point of this post? To illustrate that child labor is a complicated issue with no simple one-size-fits-all solution. Period.
at 21:08 16 comments:

Just finished reading this book - Games Indians Play. It is unusual for me to review books, but this one deserves special mention.

Basically, the book is about applying game theory to explain the behavior of Indians and why we are like that only. Its saddening, shameful, and yet delightfully written. But thats where the positives end.

The biggest problem is the price - at INR 325, its a ridiculous waste of money. At 177 pages, its a good read for a Sunday afternoon. No more, and no less.

The blurb is excellent, though, and the credentials of the author, pretty good. That is precisely the reason why this review is being written. Please do not be fooled by the blurb and the author's credentials.Even if you LOVE game theory, this is a bad investment. But you could pick it up from the neighborhood library(oops, i forgot, neighbourhood libraries are dead in India). Never mind, you are not missing anything.